A World of Difference | Documentary Series

All across the country, people of color, women, immigrants, low income communities, and many others, say they feel less respected, more fearful, and in many places, under attack, because of their differences. MediaLab’s award-winning four-part documentary series, A World of Difference, investigates how communities experience diversity and ultimately asks the question: How do we value difference?

As the director, I contributed to researching, storyboarding, interviewing, filming, photographing, and editing the series. As the lead designer, I defined the World of Difference style and created promotional and event materials including posters, programs, DVDs, and invites. In addition, I created the opening title, lower thirds, and graphics for the film. 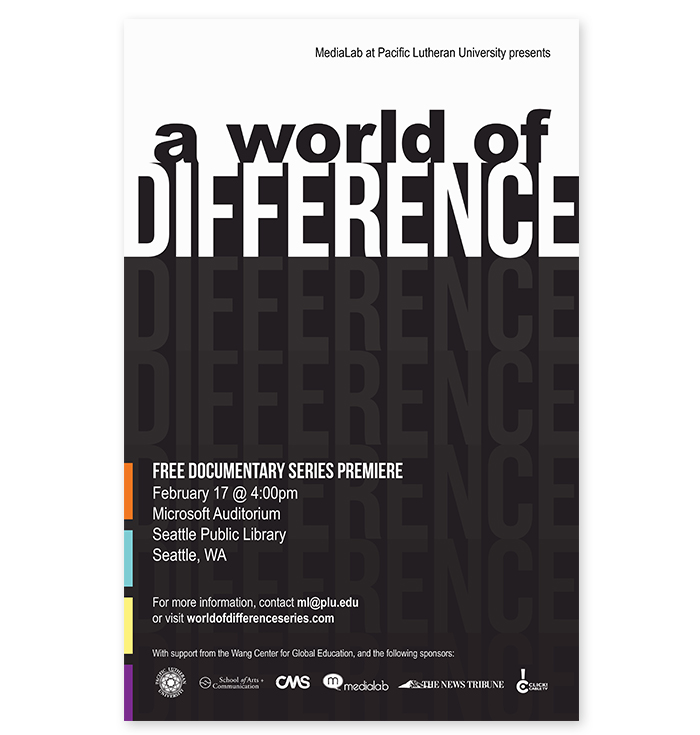 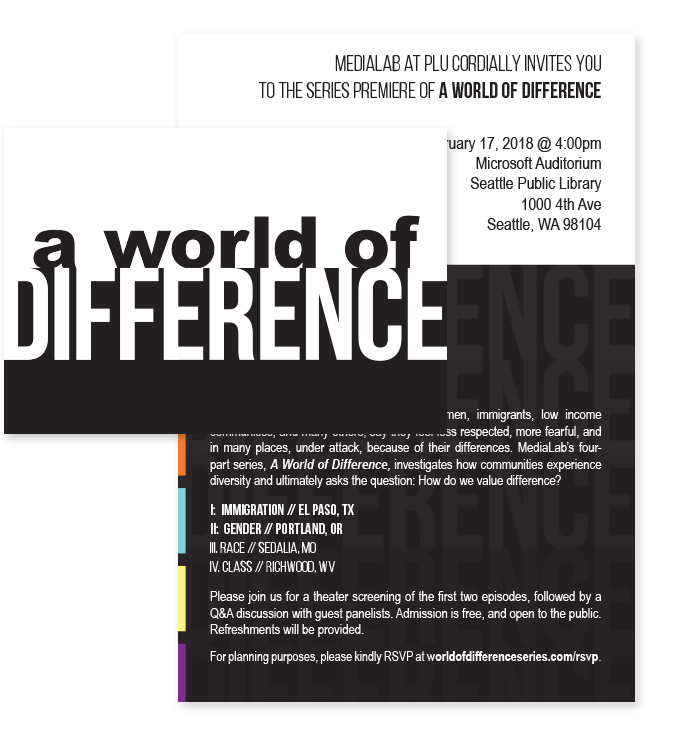 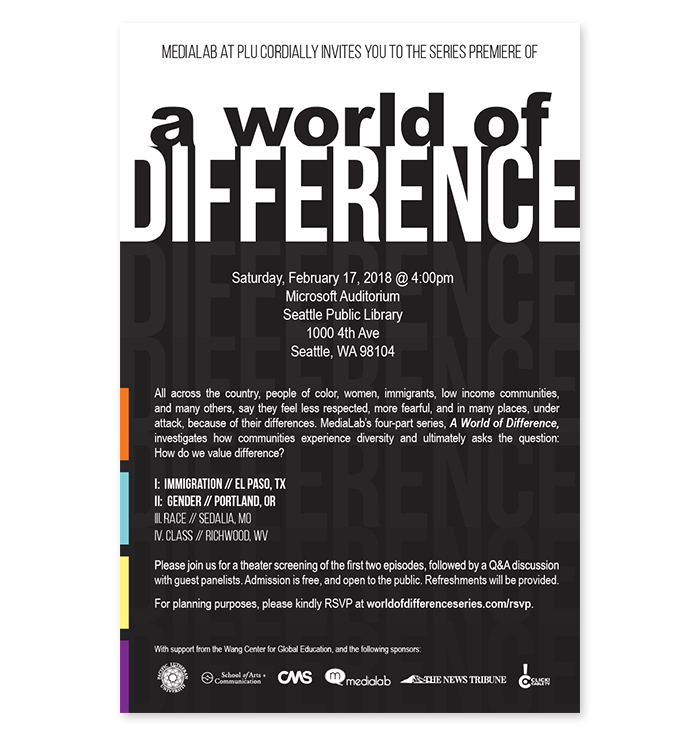 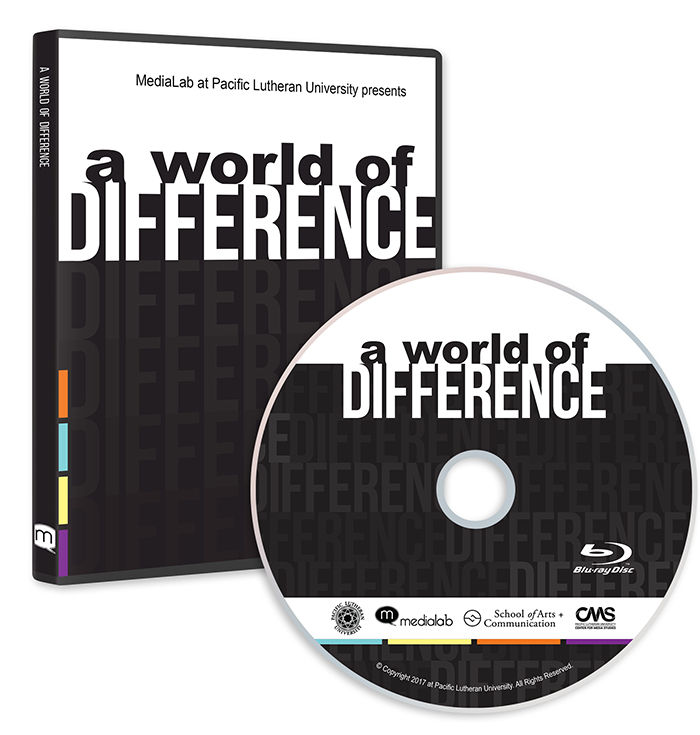 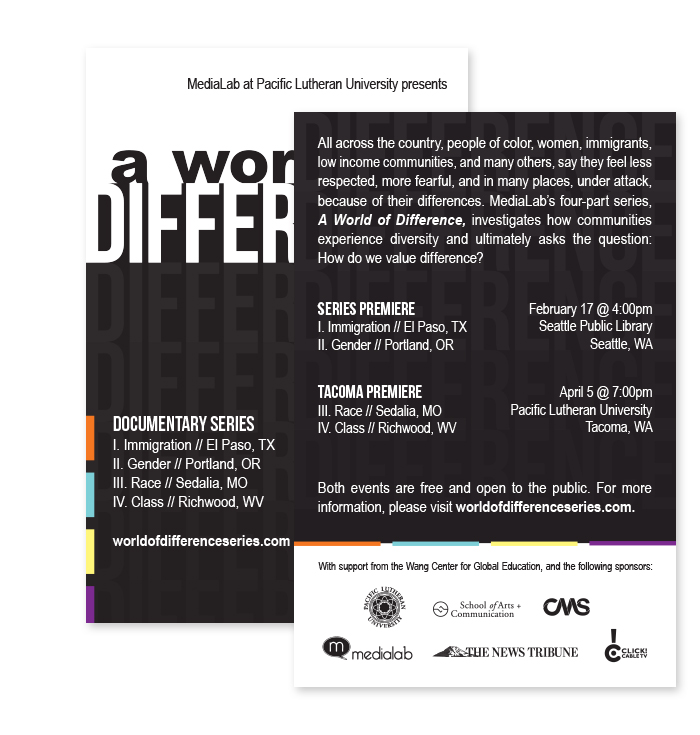 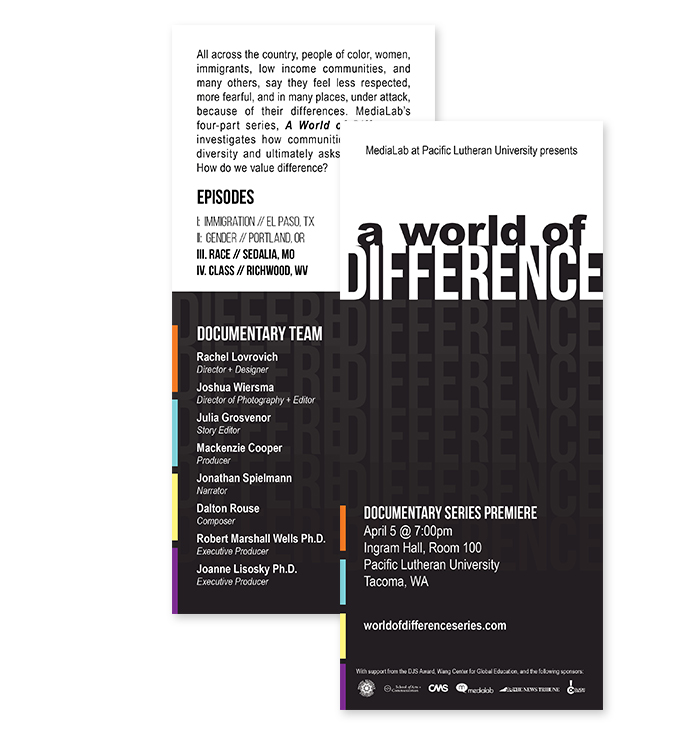 A World of Difference graphic design and promotional materials 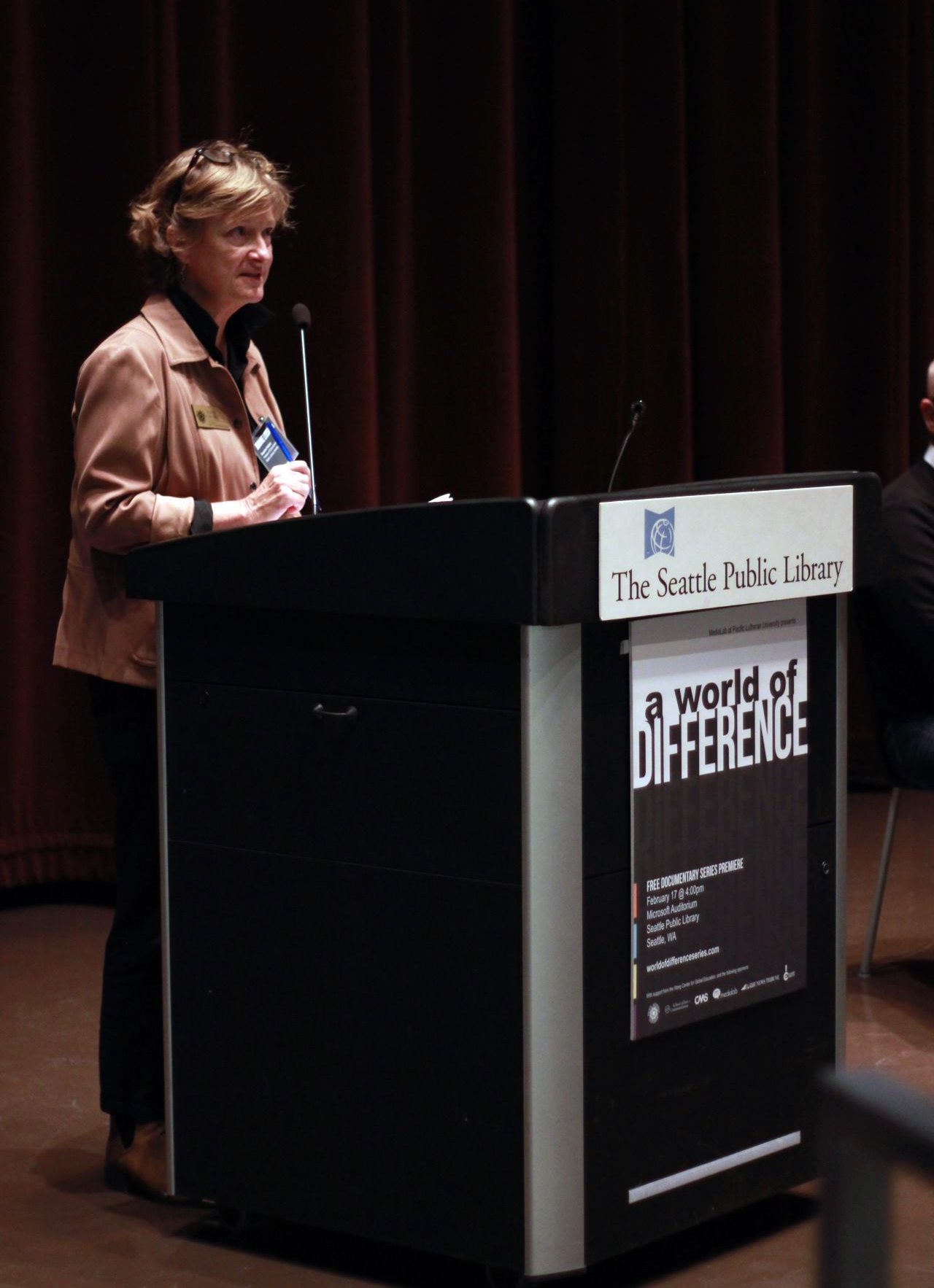 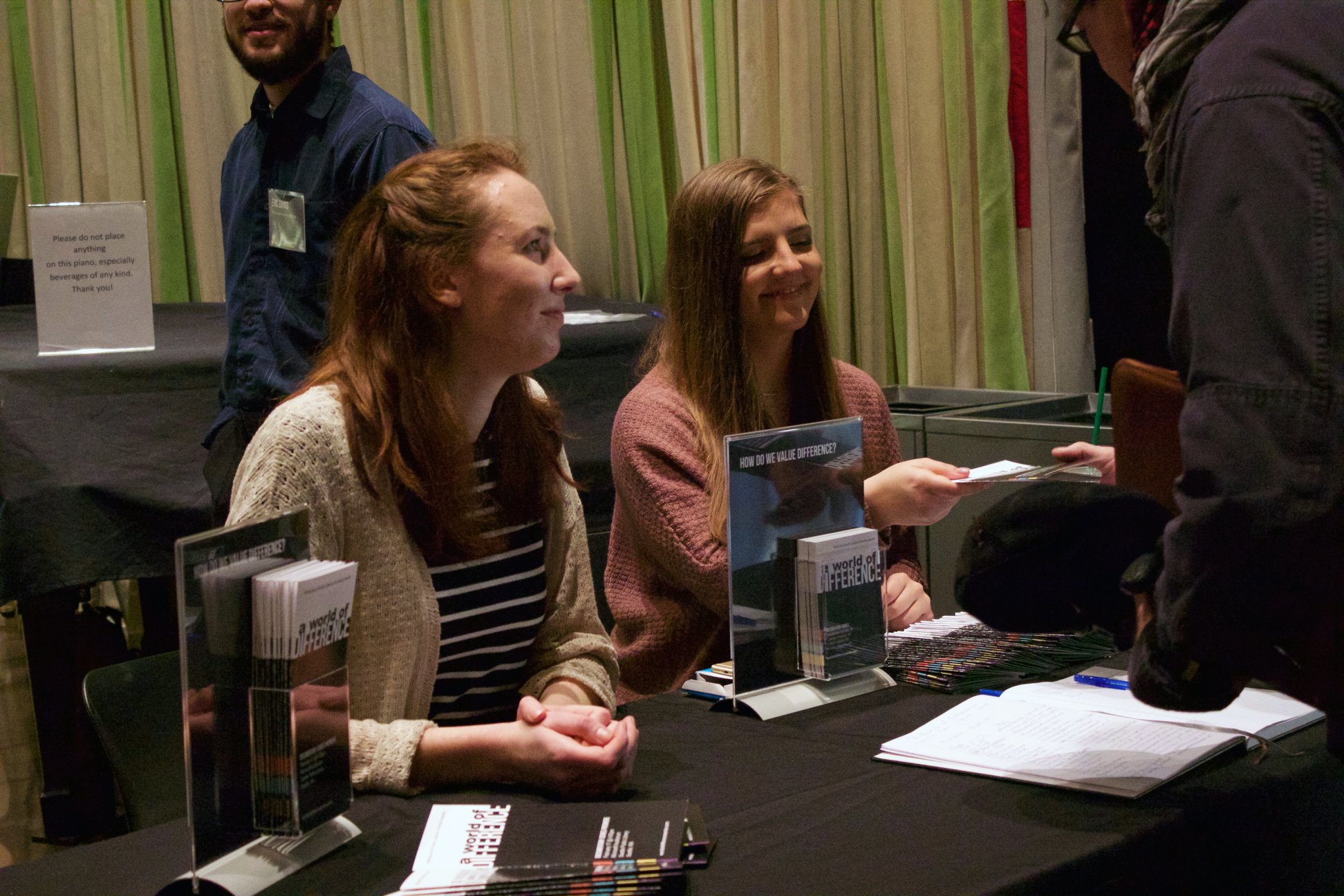 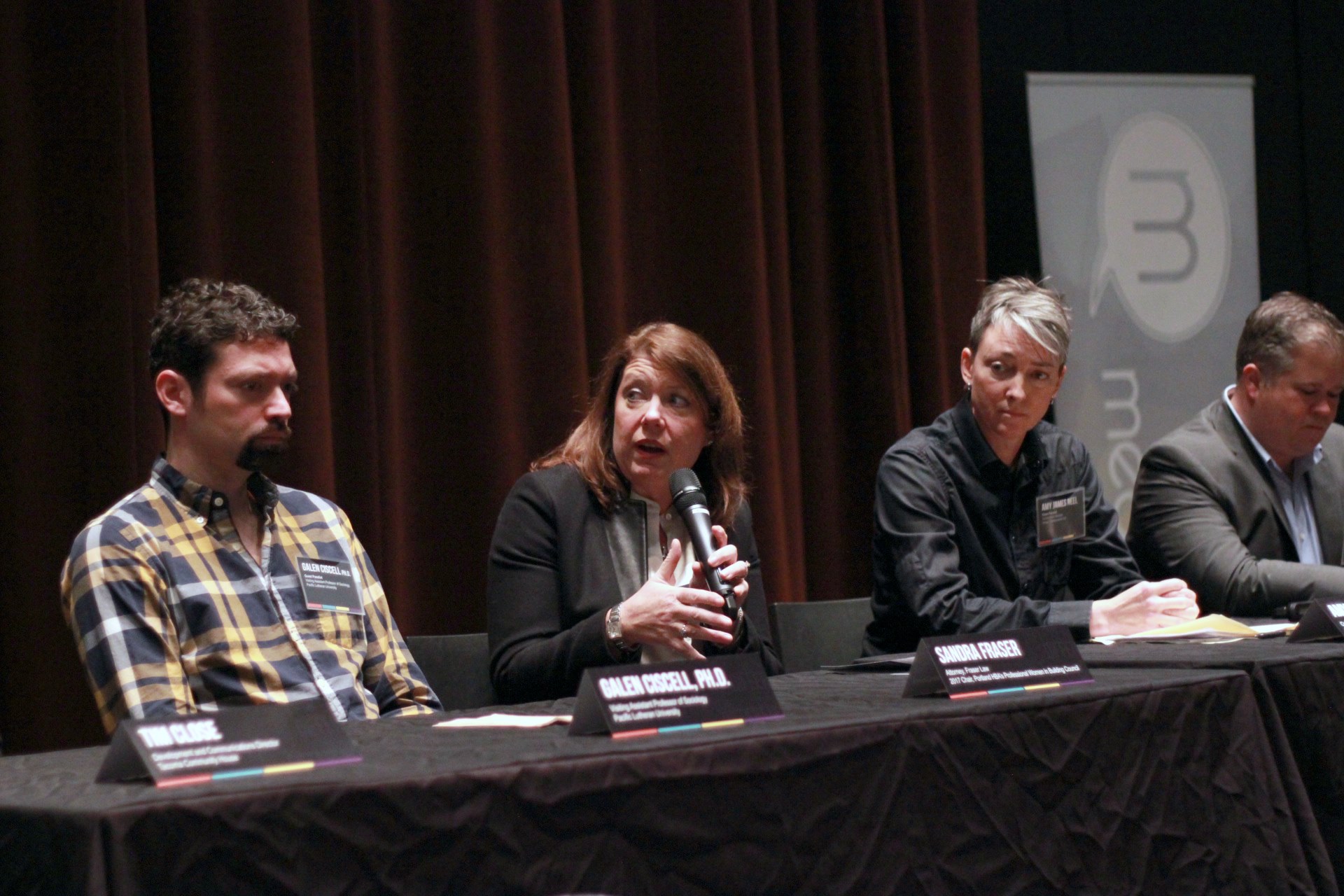 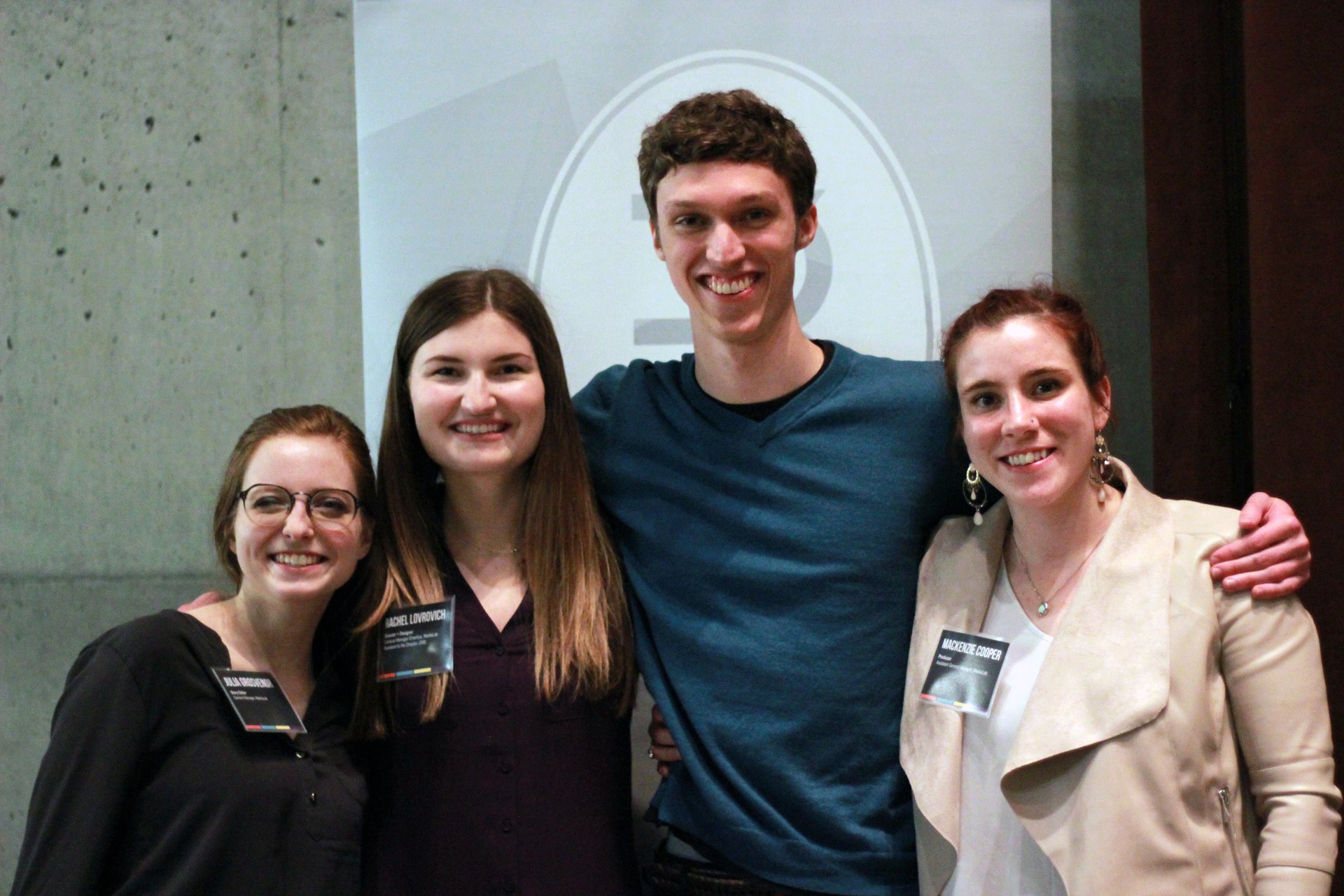 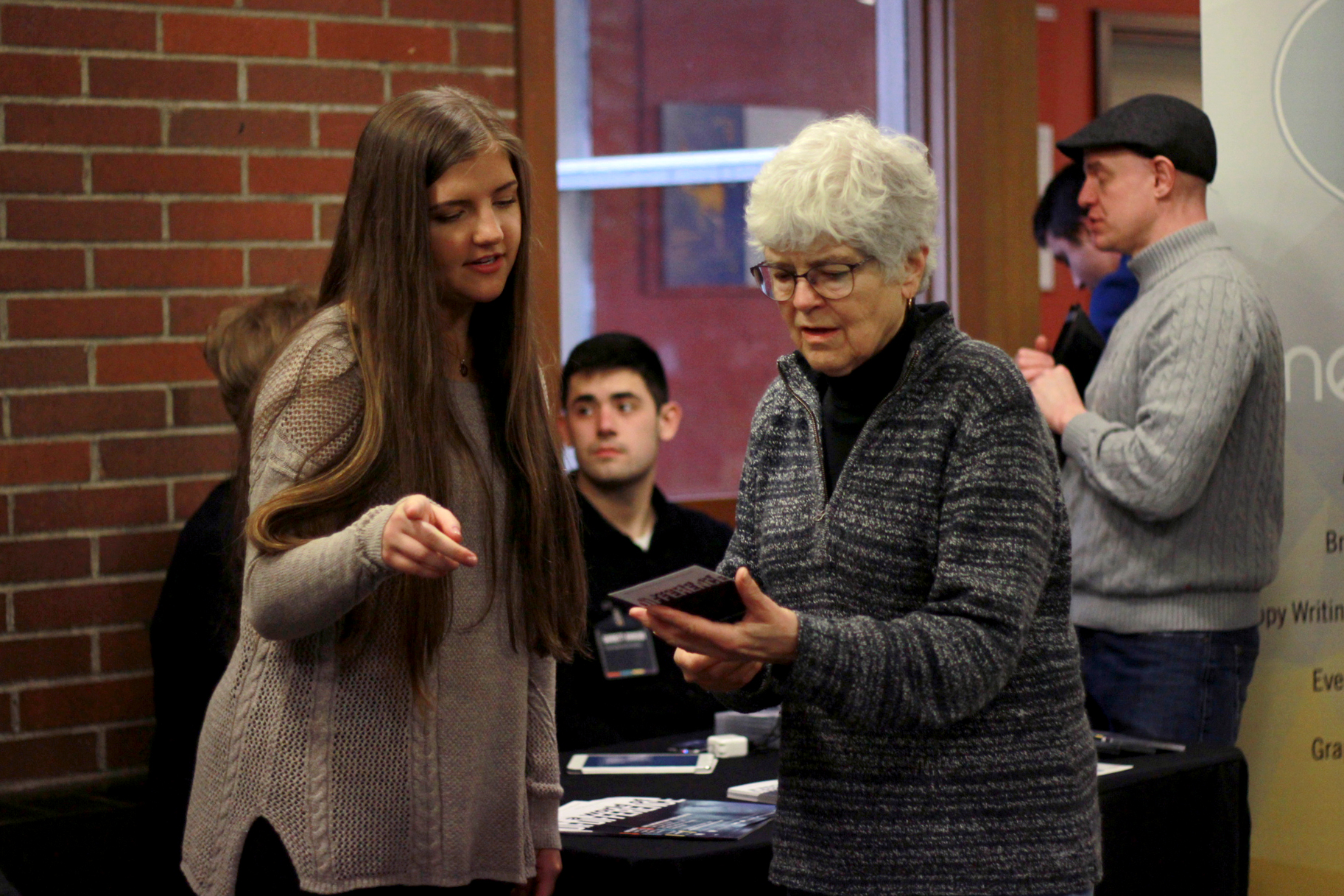 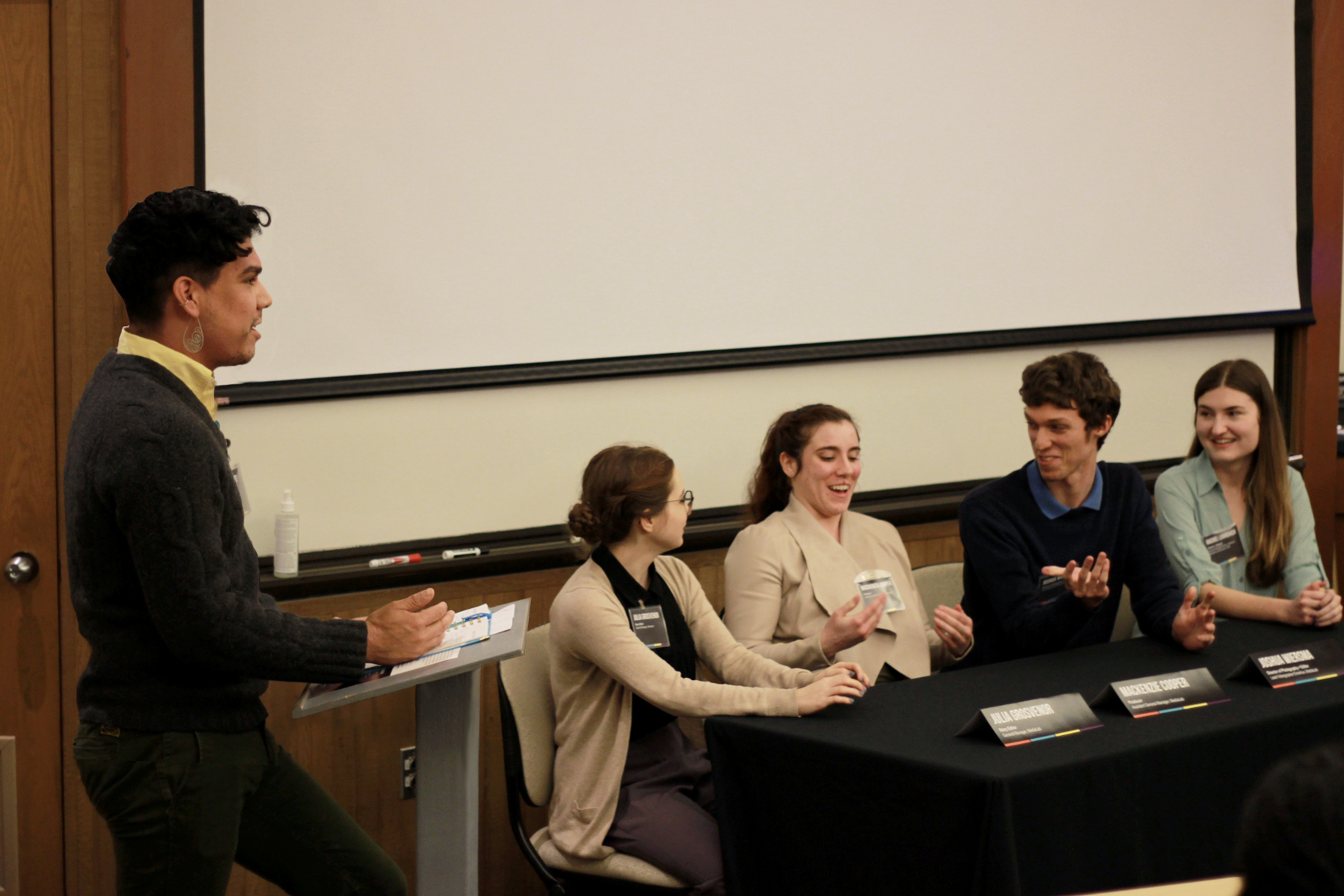 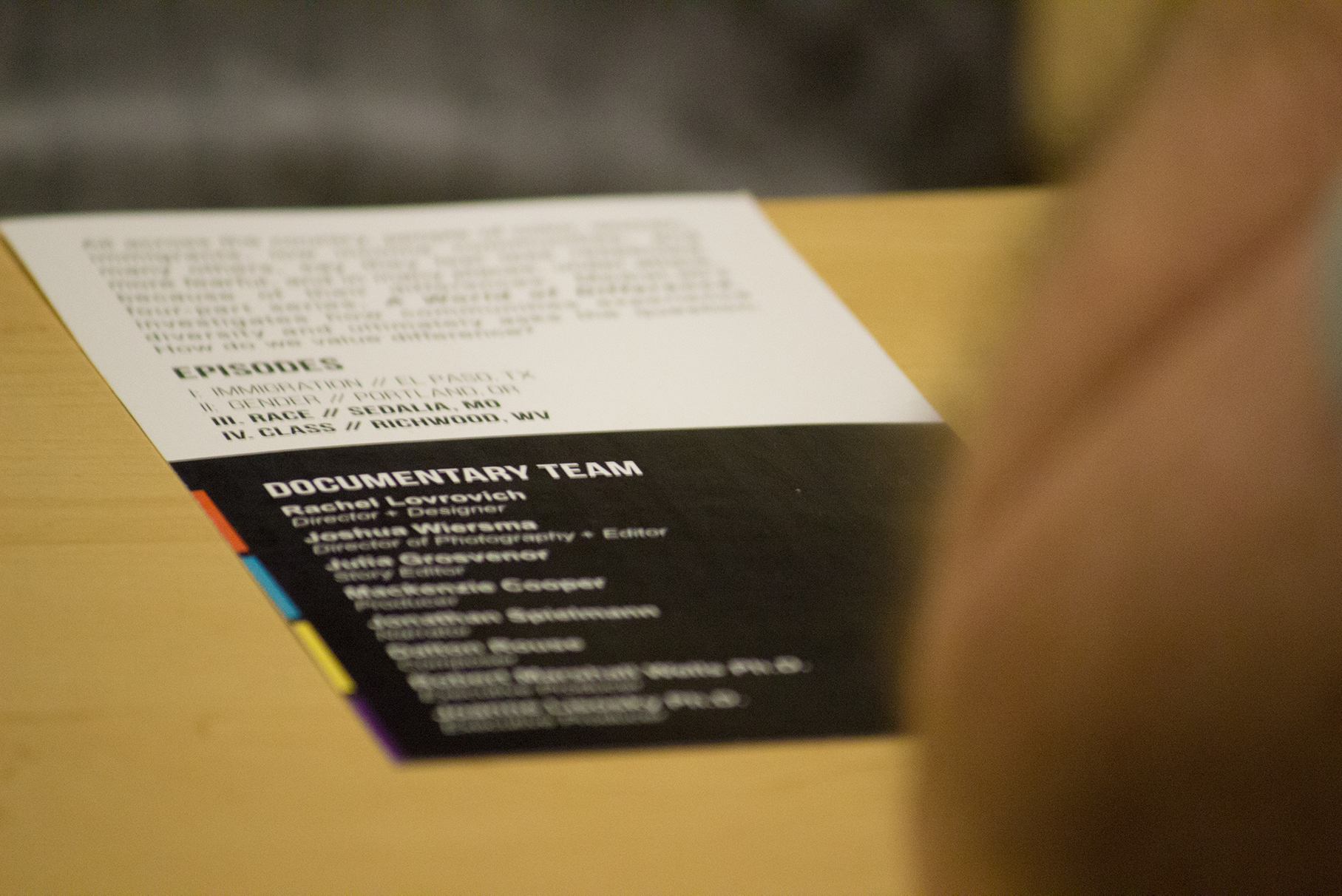 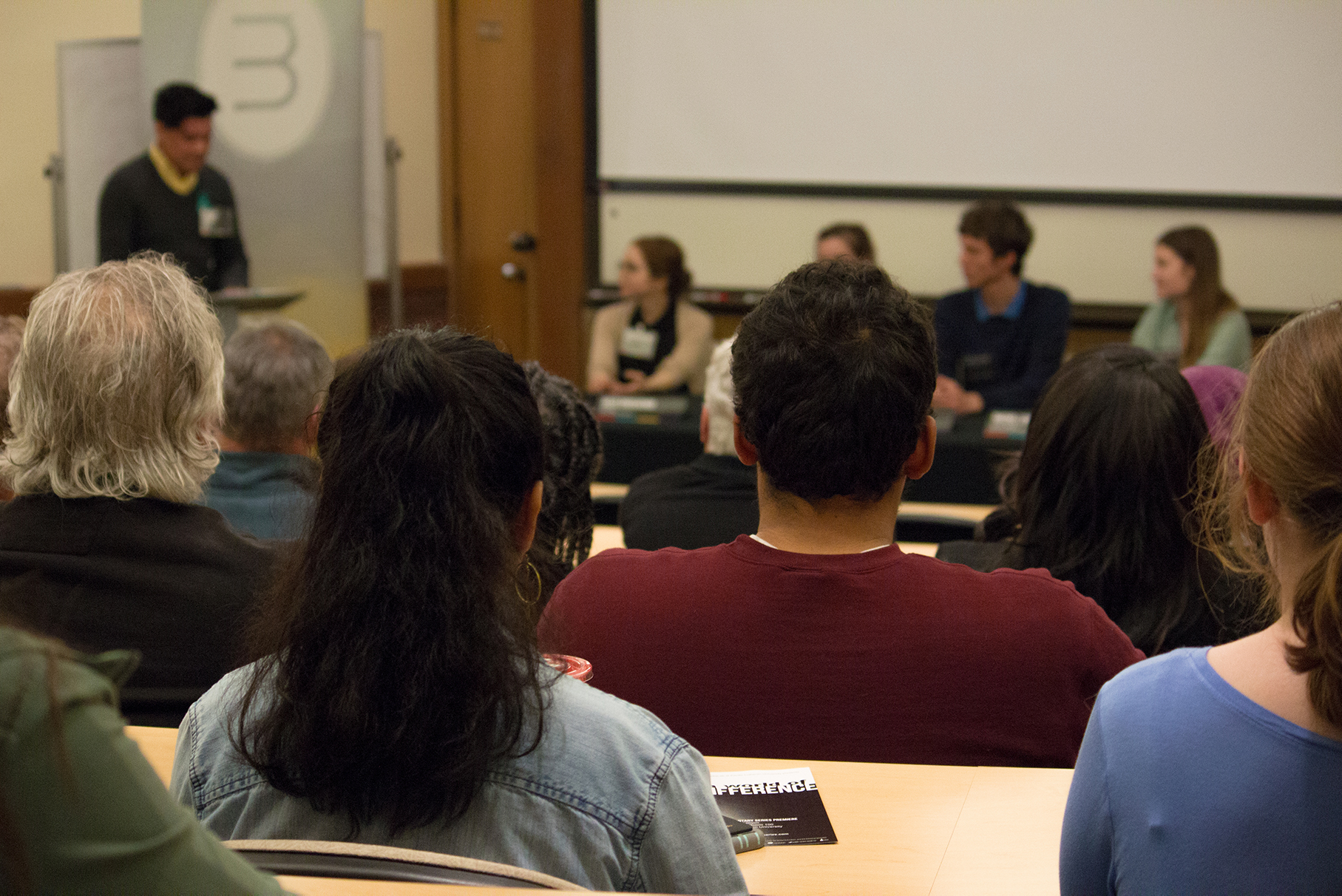 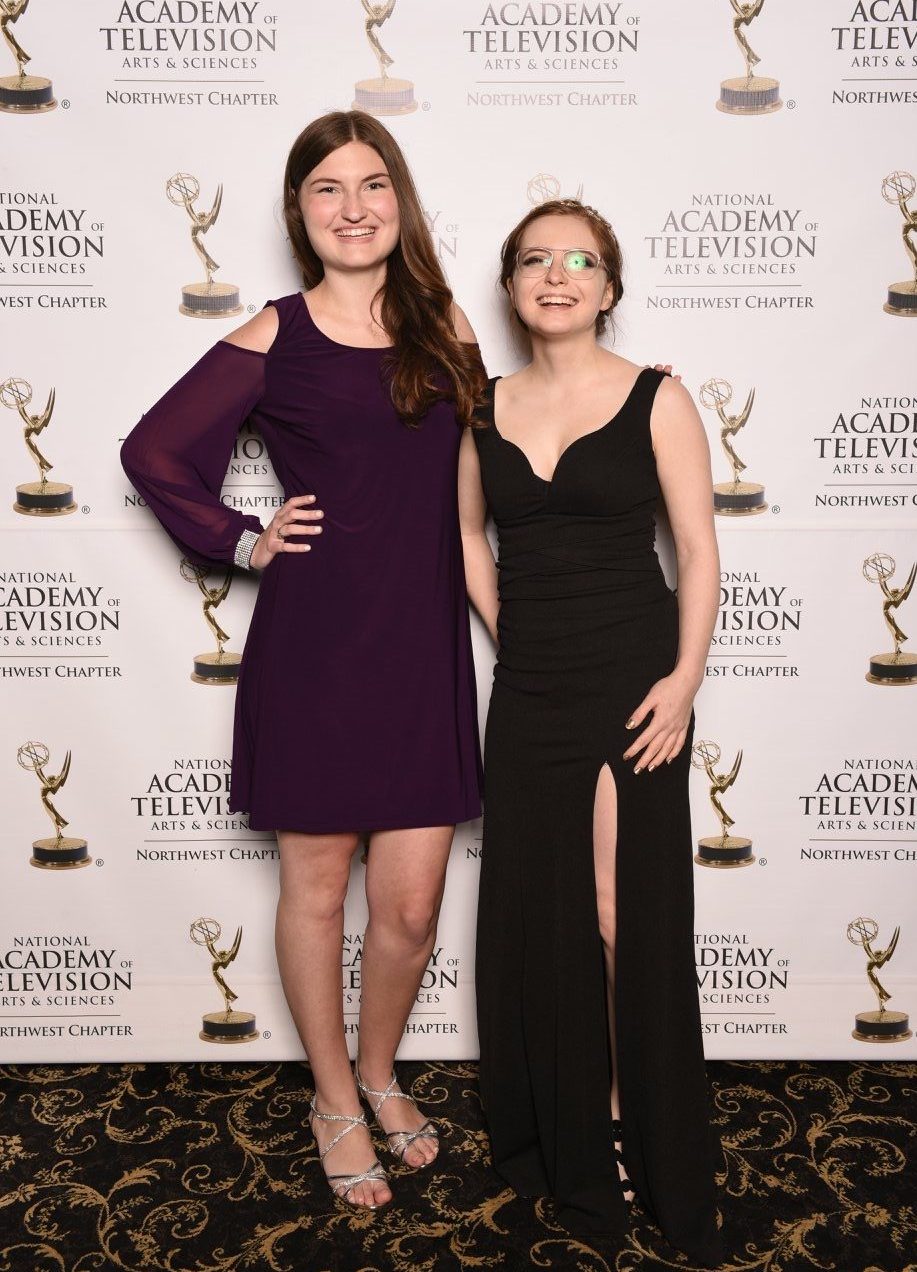 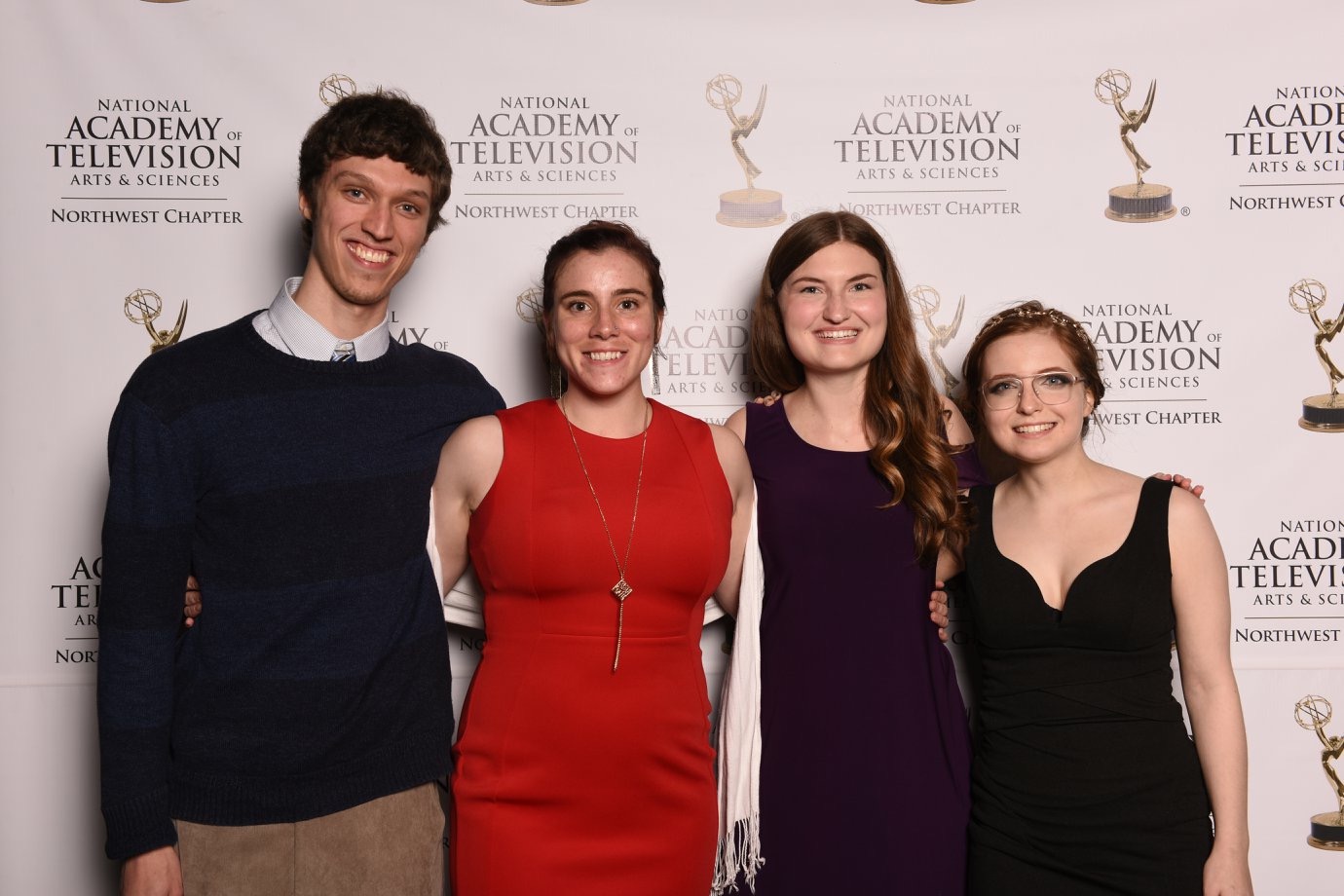 Loading the next set of gallery items...
Load More

According to the U.S. Environmental Protection Agency, roughly 50 percent of the nation’s 250,000 rivers are too polluted for swimming or fishing. Changing Currents: Protecting North America’s Rivers investigates the threats to these vital bodies of water and explores some of the compelling restoration efforts occurring in communities across the continent. The mission of Changing Currents is to raise awareness, encourage environmental stewardship, and advocate for increased public dialogue about effective river protection efforts.

I contributed by researching, storyboarding, interviewing, filming, photographing, and editing in addition to directing and contributing to the creation of all graphics and promotional materials for the film. 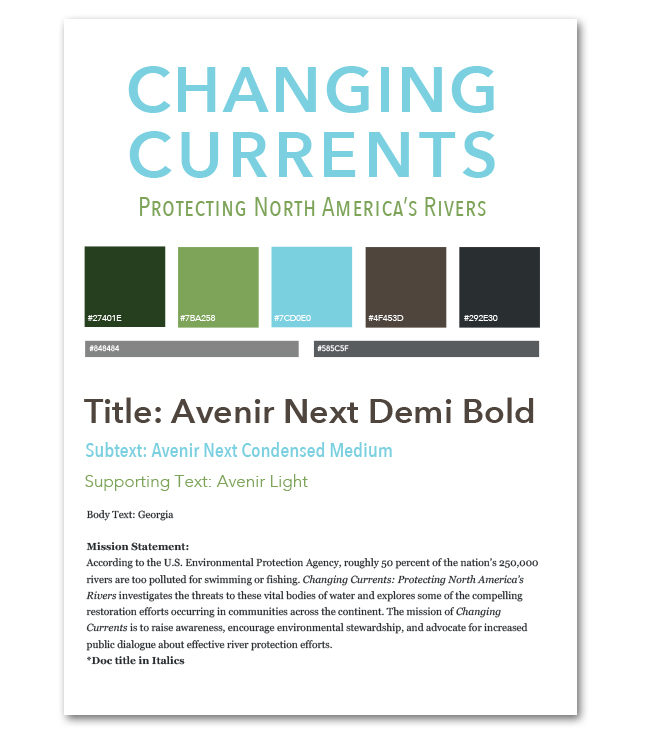 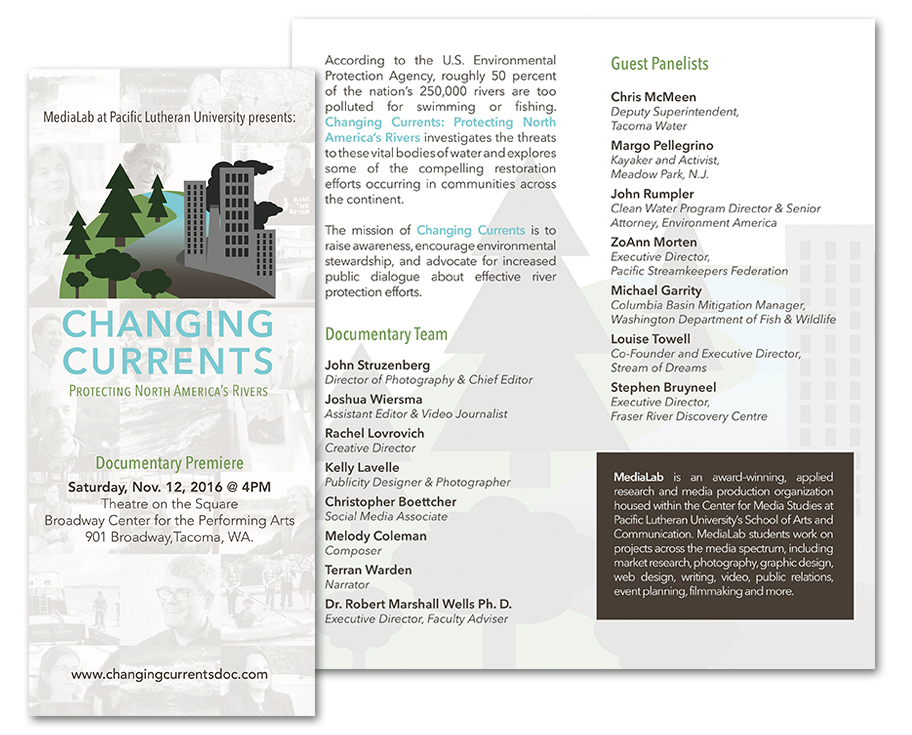 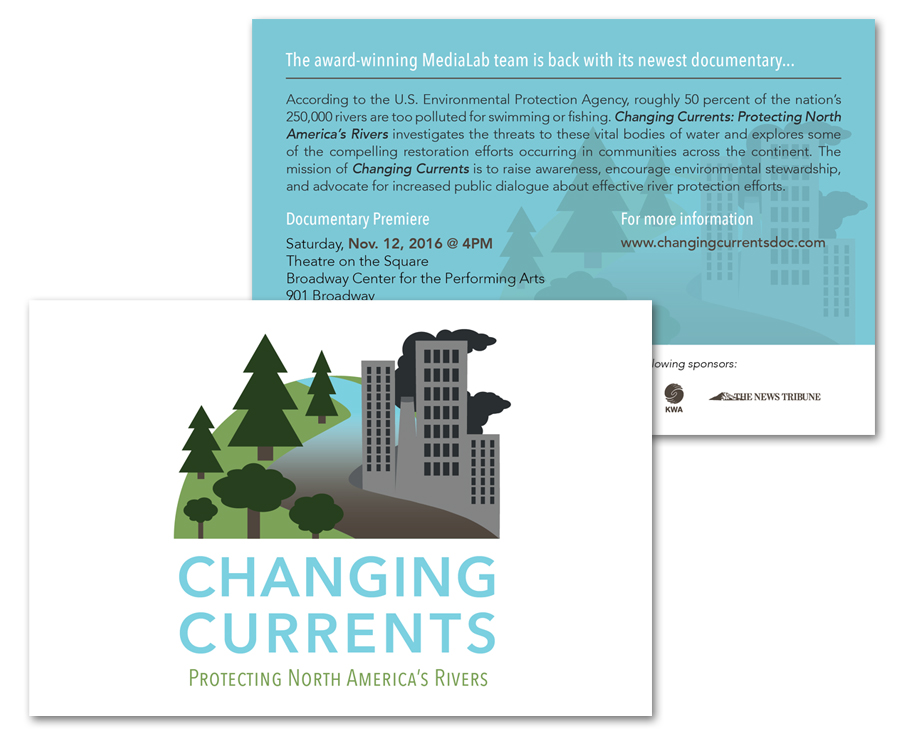